How to get kids excited about wakeboarding 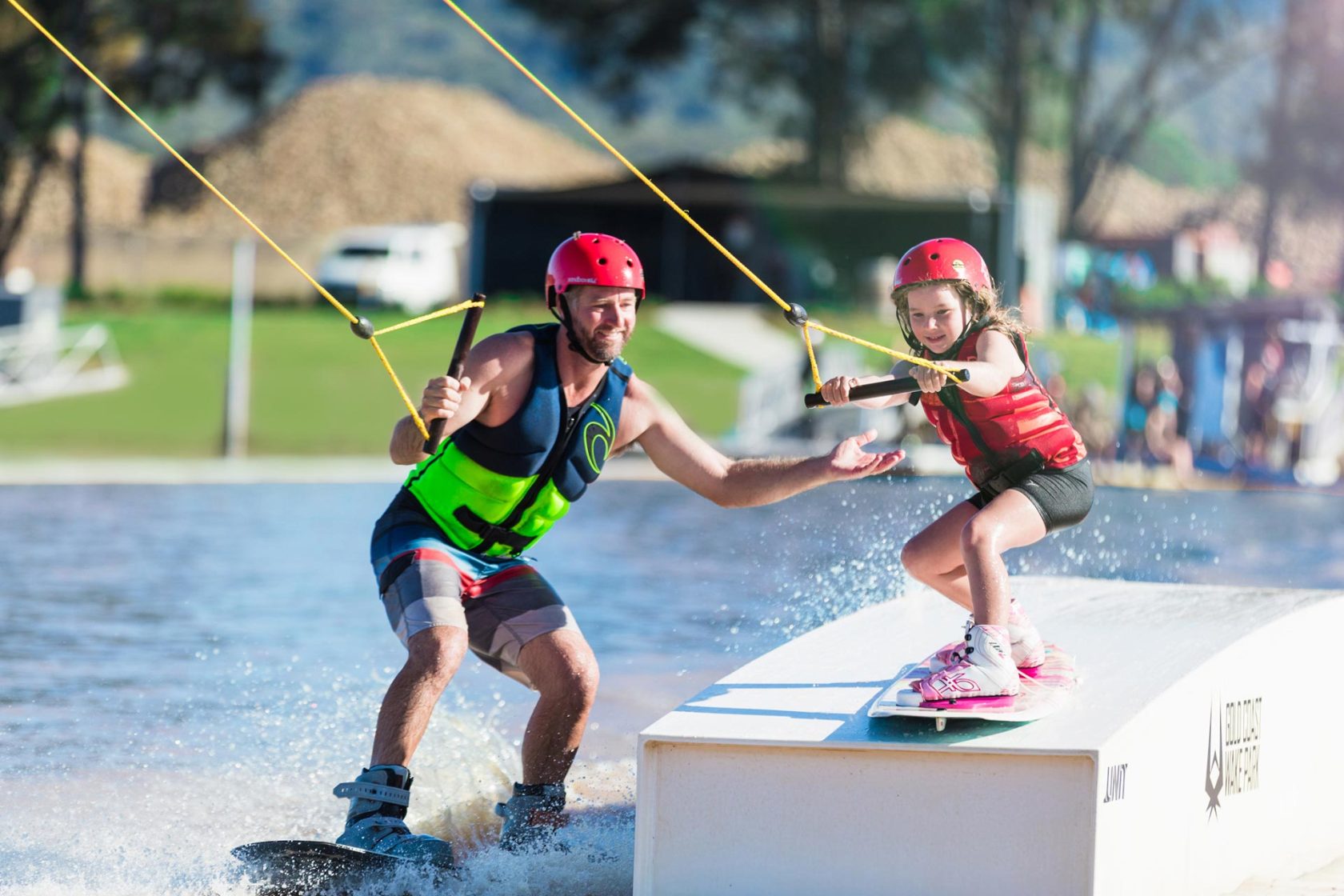 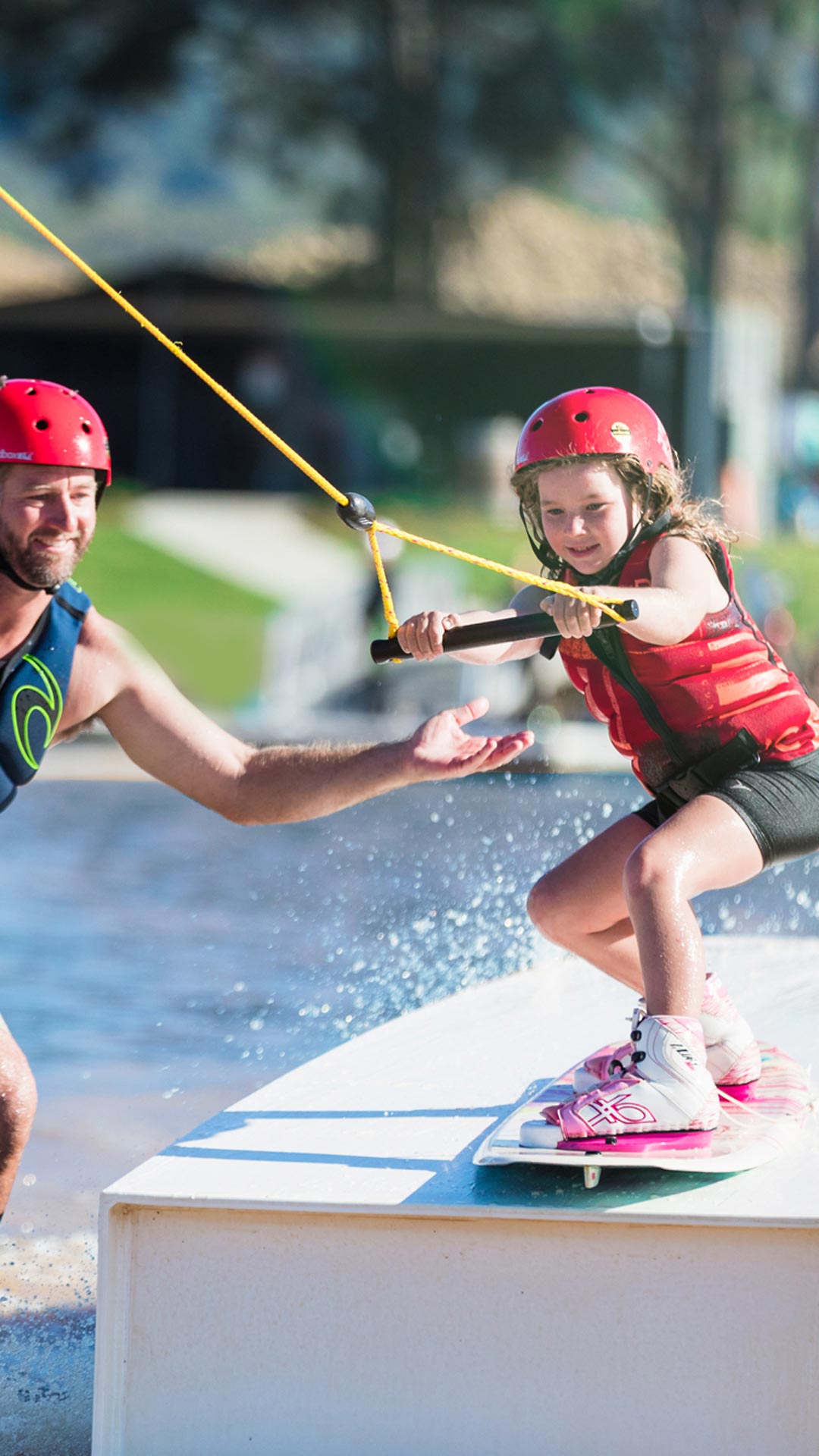 The future belongs to children. Owner Daniel Watkins reveals the effect this has on the planning of the Gold Coast Wakepark. 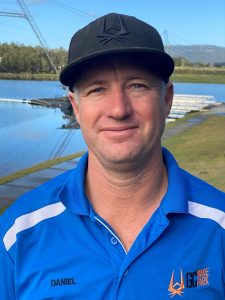 Daniel Watkins is part of wakeboarding history. A former pro from Australia, today he’s the proud owner of a premium wakepark packed with UNIT features on Australia’s Gold Coast, an area known mainly for surfing.

We appreciate Daniel’s focus on getting kids into the sport, and wanted to learn more about his unique approach. Originally, the interview appeared in the UNIT Magalog, which you can order here for free.

I grew up in Melbourne, Australia waterskiing. Then I moved to Orlando, Florida when I was 20 to follow the dream of being a wakeboarder. After a couple of years in the waterski-show at Sea World I moved over to wakeboarding and spent total 15 years competing at the Pro Tour. I won the World Series a couple of years, the World Cup one year, all boat stuff. Then I just had the dream to have a cable park and decided that the Gold Coast was a place that needed one.

You worked hard for this dream and it wasn’t easy, especially in the beginning. Why is it worth the effort to run a wake park? What are the upsides?

The ups are seeing all the groms ride and the stoke on their faces. Every day you see people who’ve never done the sport before, and you see them walk out at the end of the day, with massive smiles, fully stoked. That’s the reason why we do it.

That’s understandable. Is there anything special you do to attract kids?

We do an after-school program. I just created a book called » Progression Sessions. « We developed a program that breaks wakeboarding down into rail hits, transfer box hits, pipe hits and flat water tricks. It’s a 10-level program, from level one up to ten. If you can do this on a flat bar, then you should be doing this off a kicker, and you should be doing this on flat water. So kids can map their progression, and tell all their friends they are a level three or level four wakeboarder, and so on.

That’s really cool. Is it important to have features that suit the requirements of younger kids?

Absolutely. When we choose our features, we have the beginner to intermediate in mind. Of course, we also have a few more difficult rails and features. 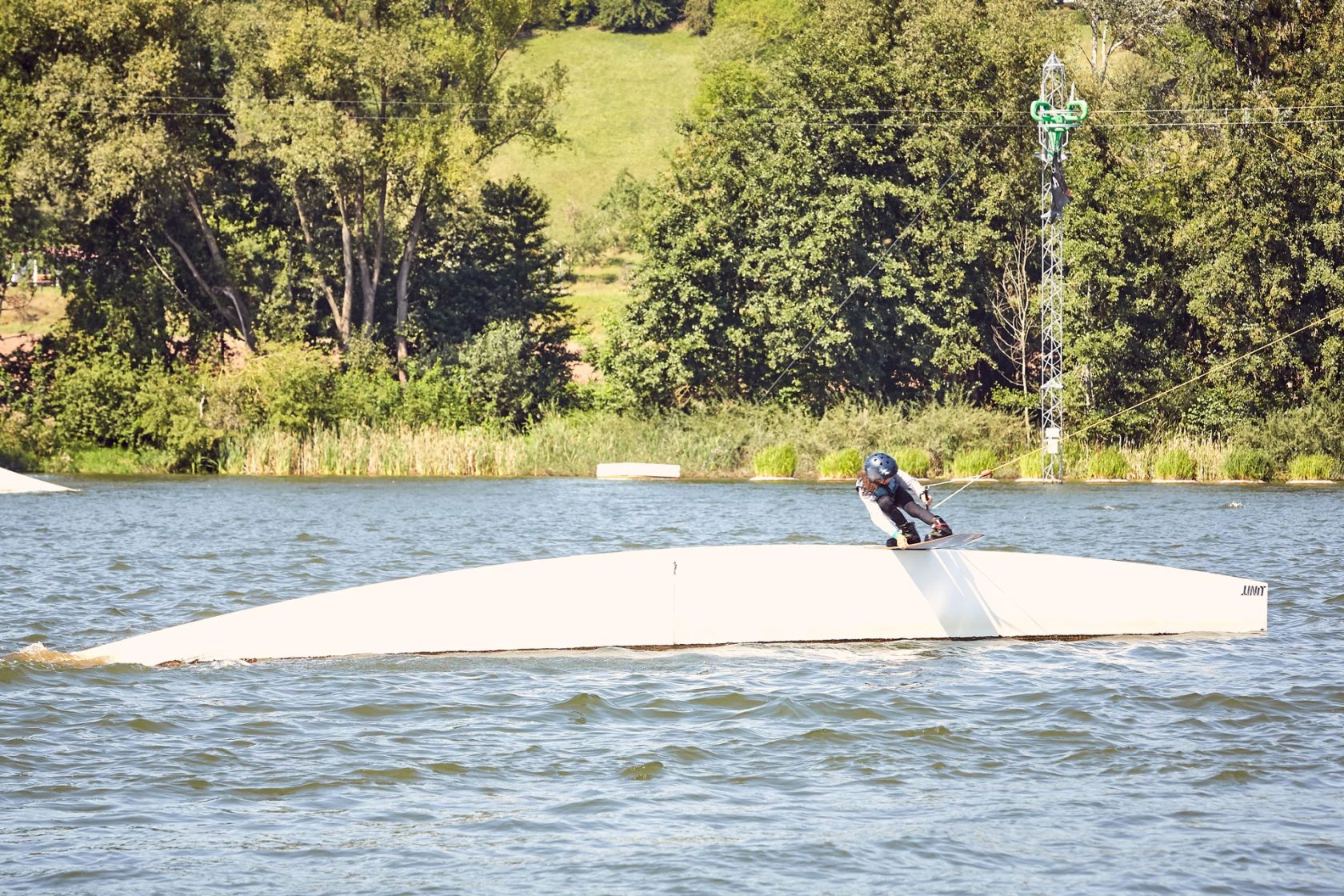 “I think that the best way for kids to build confidence is by offering them features that are approachable. It’s about getting confident quickly — then they fall in love with the sport, and keep coming back.”

Talking about kids means talking about the future. Where do you see the sport in five to ten years?

Good question. It’s just going to keep growing. Who knows what’s around the corner? But I know I want to be part of it, whatever it is.

The Grom Series opens the world of rail riding to all the kids out there. Shorter and wider dimensions make these features more approachable for everyone. Get the kids hooked on these boxes, and it will only be a matter of time before they have the confidence to ride regular-sized features. Curious? Then check out which features belong to this series.

go back
Take a Closer Look
go back
go back
Request for
Wakeboarding is for the Children
go back
YES, Please
Send me
the price list